I recently read two very informed and informative pieces on Al Jazeera on the situation of “Muslim Americans.” One was very critical and the other, quite complimentary. Both authors of these two short essays were making important and cogent points. I did not think I had to take side with one or the other. They were both making valid points.

In one of those articles, I read about “the political impotence of the Muslim American community,” in which Ali Al-Arian argued: “Today prominent Muslim American figures and organisations stifle the spirit of political resistance in our community.” In the other, Abbas Barzegar countered: “Actually, American Muslims are at the centre of the resistance,” further telling us: “Despite challenges inside and outside the community, Muslim Americans have stood up to Islamophobia and the far right.”

I always read these pieces with obvious interest and a bit of curiosity for I wonder who gets to be this thing they keep calling “Muslim American?” In between their learned exchanges I kept asking myself a question they were both taking for granted.

Who is a “Muslim American?” I am a Muslim. I am also a US citizen. Am I a “Muslim American?” Yes, no, maybe – and if so in what particular sense? When they say “our community” who exactly is the member of this community? Are they all Americans who profess to be Muslims, or those who congregate at certain types of mosques? The question at some point becomes quite existential.

Breaking up the stereotype

Certain types of Muslims have now cornered the market in defining who or what an “American Muslim” is. They get themselves invited to the White House, serve on certain panels, perform certain rituals. They, of course, have every right to define how they understand what the term “American Muslim” means. But can they seriously delimit the meaning of the category in an inclusive or exclusive way?

If you sport a beard or wear “the hijab,” as it is called, then you are a Muslim. If you pray in a particularly prescribed way or fast during the month of Ramadan or have performed your Hajj pilgrimage, well you are certainly a Muslim and if you are also American then that will make you a “Muslim American”.

During the last US presidential elections, a certain Khizr Khan and his wife Ghazala Khan, the bereaved parents of United States Army Captain Humayun Khan who was killed in 2004 during the Iraq War, emerged as a prominent Muslim couple speaking on behalf of these “Muslim Americans.” They were pro-Hillary Clinton and anti-Trump.

But suppose none of those things applies to you – you do not pray on a regular proscribed fashion, you do not fast during Ramadan, you do not sport a beard or wear the hijab or have performed your Hajj pilgrimage – and you categorically oppose war, especially the illegal and immoral US invasion of Iraq, but you are a Muslim and you are an American – would you still qualify to be called an “American Muslim” and count yourself among “our community?”

Suppose you do not carry your Islam up your sleeve, inside your headscarf, hidden and manifest in your formidable beard. What then? Are you still allowed into the august gatherings of “American Muslims?” If you pray, you pray privately at home, or in the hidden labyrinth of your heart and soul, not at a mosque, or a community centre. If you fast you keep it to yourself and in the sacrosanct solitude of yourself and your creator, and do not advertise it.

I have a dear friend and colleague who is a senior professor at a major Ivy League university, a prominent scholar, a loving wife, and mother of four children. One day she confided in me, “You know,” she said, almost whispering, “I recently went and did my Hajj but I keep it to myself.” She does not wear the hijab or pray regularly or fast in any manifest way. She is also American. Would that make her an “American Muslim?” “The Muslim community” would be ever so poorer if she were to be denied who she is.

We recent Muslim immigrants who have come to the United States before Donald Trump and Stephen Miller got to ban us altogether and make America Great for White People Again, come from all over the world. We are Arabs, Iranians, South Asians, Indonesians, Malaysians … white, black, brown, you name it. We are Sunnis, Shias and bless them all, also “Sushis.” But all such designations come together and yet they do not explain or exhaust or pigeonhole us into something called “Muslim Americans.”

Our strength as Muslims living in the United States, in my judgment, and if we are to have any enduring effect on this country, is precisely in our diversity, multiplicity, and in fact undecidability, in the fact that we cannot be pigeonholed and defined and ruled.

It is good that we will not, indeed cannot, put all our Muslim eggs in one denominational basket for the nefarious Islamophobes to shoot at us. The question is happily no longer who is a Sunni or a Shia. The question is something far more urgent.

The question is the future of our ancestral faith having a liberated but anchored moral rectitude that will enable our posterity to think their own thoughts, feel their own sentiments, remember their parental generation with respect but not in fear. This and next generation of Muslims must wrestle with some mighty moral issues. Pending environmental calamities, massive labour and refugee migrations, women’s rights, the crucial doctrinal conundrum of same-sex marriage and LGBTQ+ rights, etc. These issues will unite and divide Muslims for generations to come far more seriously than any doctrinal quarrel about succession to Prophet Muhammad.

The fact that despicable Islamophobes hate us and we hate them 10 times back cannot be the sole force of determining who and what we are.

Remembrance of things past

A key component of rethinking the very idea of Muslims in America is to root it in the history of African-American Muslims, chief among them the unfolding legacy of Malcolm X. We must remember that the first Muslims arrived in American colonies and later in the United States as African slaves.

Equally important is to expose the sham of the white supremacist concoction of what they call “Judeo-Christian” tradition – deliberately denying the historic facts of the “Judeo-Islamic traditions.” But it is not enough to expose this racist camouflage of the Christian Zionists. In doing so Muslims will have to find ways in which aspects of their communal faith might enter into what the prominent American sociologist Robert Bellah has called “civil religion”.

It is not enough to react to Islamophobia. We must inaugurate a far more progressive agenda of refreshing American civil liberties by adding our voices to the priceless heritage we already have in the legacies of Muhammad Ali and Malcolm X.

Our recent experiences from Palestine to Iraq to Afghanistan to Yemen place us in active solidarity with other Americans who are not Muslims, with African-Americans who might be Christians, with brave anti-Zionist activists who include a major Jewish component, with Latin-Americans, with other refugees, with environmentalists, social justice activists, the LGBTQ+ community, etc.

All of these are the formative moral and political forces that will define the terms of a post-Islamist liberation theology that will begin to map out the metaphysical underpinnings of a progressive Islam from right here in the United States.

The overwhelming power of Islamophobes and masses of millions of dollars at their disposal should not detract attention from the fact that these mostly Christian Zionists are morally and intellectually bankrupt dilatants whose advocacy for Israel is a subterfuge for their incurable and in fact doctrinal anti-Semitism and Islamophobia, which itself is a flimsy cover for their white supremacist ideologies that expresses itself in such fraudulent expressions as “the Judeo-Christian tradition”.

The more rooted in progressive politics Muslims become the more distant they will find themselves from nefarious Muslim opportunists who join the bandwagon of presidential politics whether with Obama or with Trump. Being Muslim today means to open up and expand the moral imaginary of Islam precisely at the moment when we join forces with Christian, Jewish, or even atheist and agnostic forces in actively rearticulating the American civil religion for a greater, common, good.

In Kashf al-Mahjub, a revered Sufi text of the eleventh century by Ali b. Uthman al-Hujwiri (circa 1009-1077), we read a sublime paradox: When there was Sufism, he writes, there was no name for it, and when there was a name for it there was no Sufism. In a way you might conclude, we Muslims too – black, brown, white or any other colour – who have gathered in this country were “American Muslims” when there is no name for us, and when they come up with a name for us, however politically expedient, we may forget who we truly are.

The views expressed in this article are the author’s own and do not necessarily reflect Al Jazeera’s editorial stance. 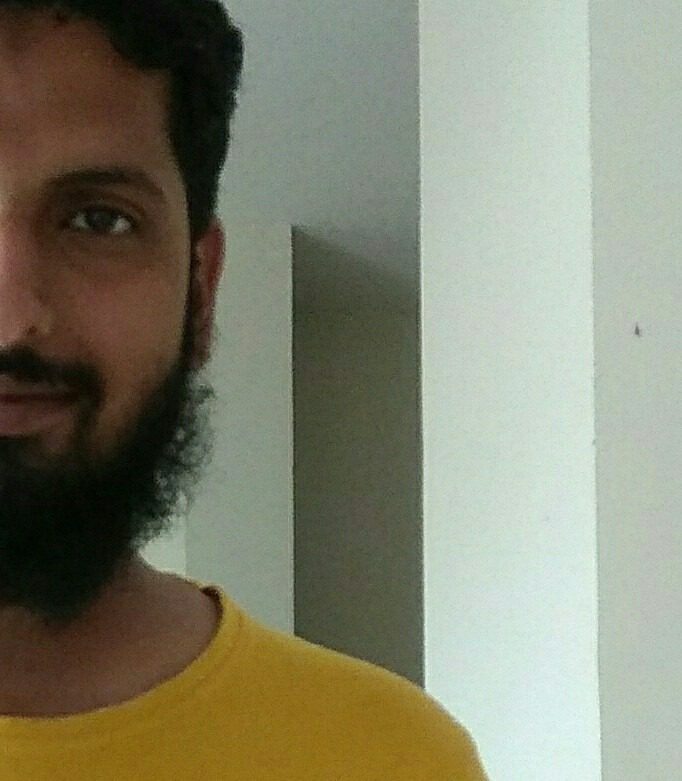 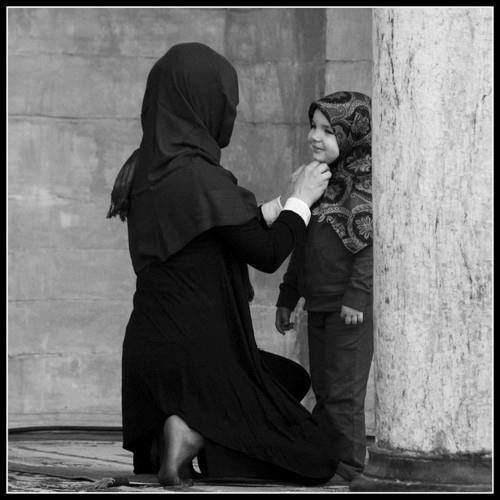 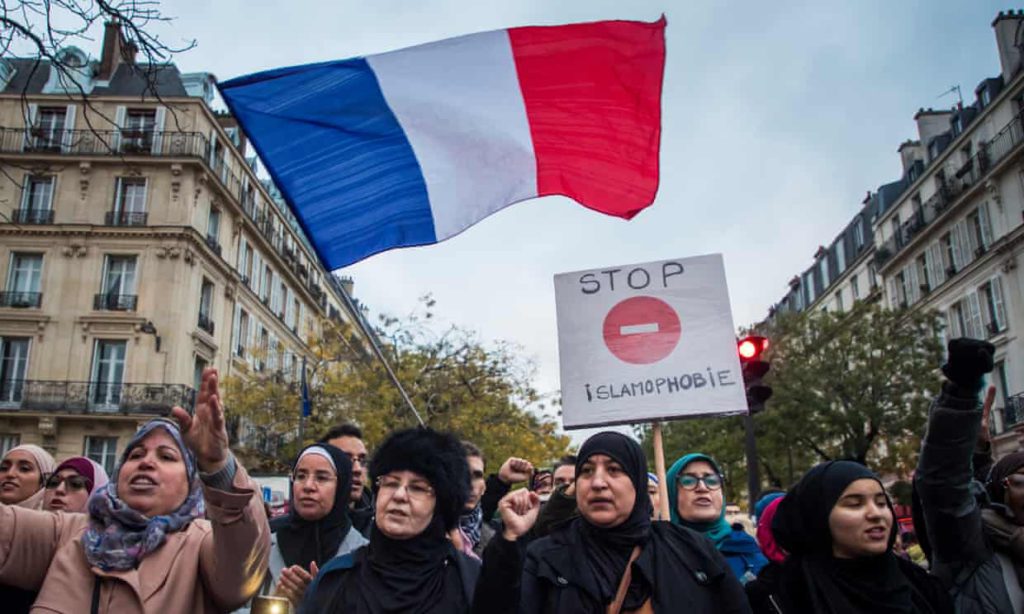 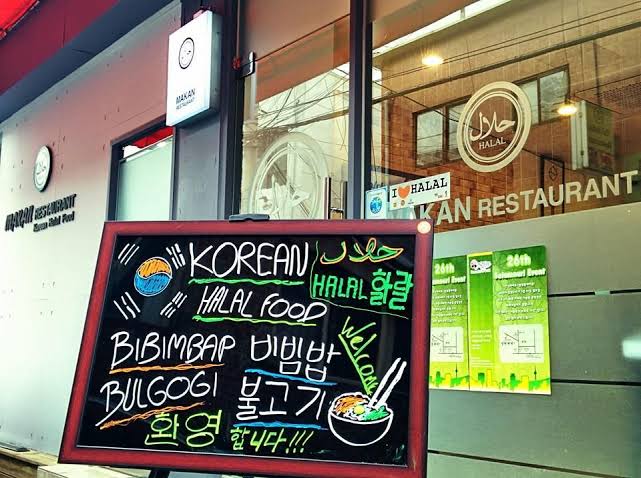