I’m from a Hindu household and my mother is extremely religious.

Growing up I went to the temple and attended Hindu festivals with my family. As I grew older and learned more about the faith, I realized that I didn’t believe in Hinduism. Visits to the temple left me feeling empty and confused. I respected and still respect my parents’ belief in Hinduism.

But I never felt that connection with their religion.

When I was 17, my older sister converted to Islam. Though I supported her decision, I didn’t think much of it. She started calling everyone “brother” and “sister” and I honestly thought she’d joined a cult. But I watched her become happier and more confident.

My curiosity won out, and I researched as much as I could about Islam. The stories in the Quran felt more real to me than the myths and fables in Hinduism. The more I learned about it, the more I fell in love with the notion of one God and simplicity of it all.

For the first time, something made sense to me. Moreover, I felt a connection, a belonging that I didn’t realize I’d been missing. After a few months, I knew that this was something I could not go back from; it had taken root inside of me.

So, I converted to Islam. It was liberating. People talk about Islam as being something that restricts you, but I’ve never felt so much freedom as I did when I converted and chose my own place in the world.

I wish I could say that my parents aren’t racist. However, they were both bought up in India where tensions between Hindus and Muslims are high. Their environment provided them with this mentality of disliking Islam and everything associated with it. I knew this was something that I could not share with them.

For the first time something made sense to me.

My sister and I prayed behind closed doors, listening to see if anyone was approaching. Books, scarves and prayer mats were hidden in obscure places. Fasting during Ramadhan was tough to hide, but we did what we could. We washed plates to make it seem like we’d eaten and hid breakfast bars under our beds.

It was a struggle, but this only made our faith stronger. Over time, we both separately tried to talk to our mum about religion. I questioned what she believed in and why. When she had no answers she would get frustrated and angry.

A few years later, things took a bad turn when my mum walked in on my sister praying. The secret was out, and it led to one of the worst days of my life. Chairs were thrown, unforgivable things were said, and hearts were broken. My sister left the house, I don’t think she had any other choice. My mum was furious, unstable, and unable to listen to reason.

People talk about Islam as being something that restricts you. I’ve never felt so much freedom.

The day after my sister left, my mum asked me whether I was Muslim too. I told her I was. It went as well as I had expected. There were tears, disbelief, emotional blackmail, and then came the anger. I wasn’t forced to leave like my sister, but that also meant I couldn’t escape.

The months that followed were hard. I missed my sister; it had been easier when I had someone to hide behind. My mum stopped acknowledging me other than her daily outbursts of anger and disappointment. I wasn’t allowed to go out as she knew that the majority of my friends were Muslim. I felt trapped and broken.

There’s only so many times you can watch the person you love the most break down in front of you, because of you. I started to worry about my mum’s mental health; she was becoming more and more withdrawn.

The guilt was overwhelming and the situation was not getting better. So I relented. The next time my mum asked me if I was Muslim, I told her what she wanted to hear. Over time she stopped asking me and we stopped discussing religion. She started talking to me again and things went back to how they once had been.

There is only so many times you can watch the person you love the most break down.

I’ve spent a lot of time wondering why my mother reacted like she did. Whether it was due to her prejudices, her own conviction in her religion or fear of what the community would think.  Overall I understand that it was hard for her, I mean we were going against everything she had been brought up to believe.

But I couldn’t give up something that had become such a part of me.

I felt awful about hurting my mother, I still do. She could have asked me to give up anything else in the world, and I would have without a second thought. But I couldn’t give up something that had become such a part of me, I couldn’t make myself stop believing.

It’s been 8 years. I can’t say I regret the decision I made, I don’t. I still secretly pray, fast and observe my faith. Islam is the only thing that has kept me grounded when things have gotten hard. I love knowing that there is someone watching over me and that there is a reason for everything. The peace I feel when I pray is indescribable. I feel as though I have found a purpose in life. My faith is woven into my soul and to get rid of it would damage me beyond repair.

I know at some point I will need to stop hiding. I’m terrified of the future but I also have faith that whatever happens will happen for the best.

On the bright side, I think I have all the skills necessary to make a perfect spy. 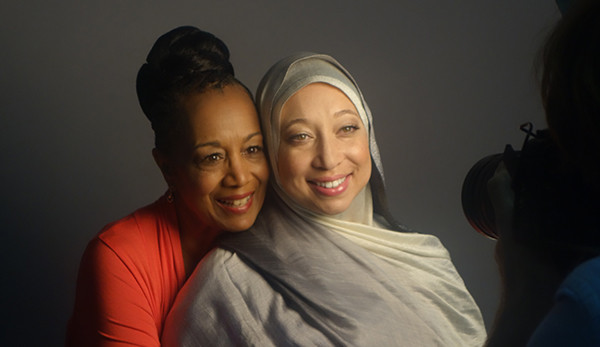